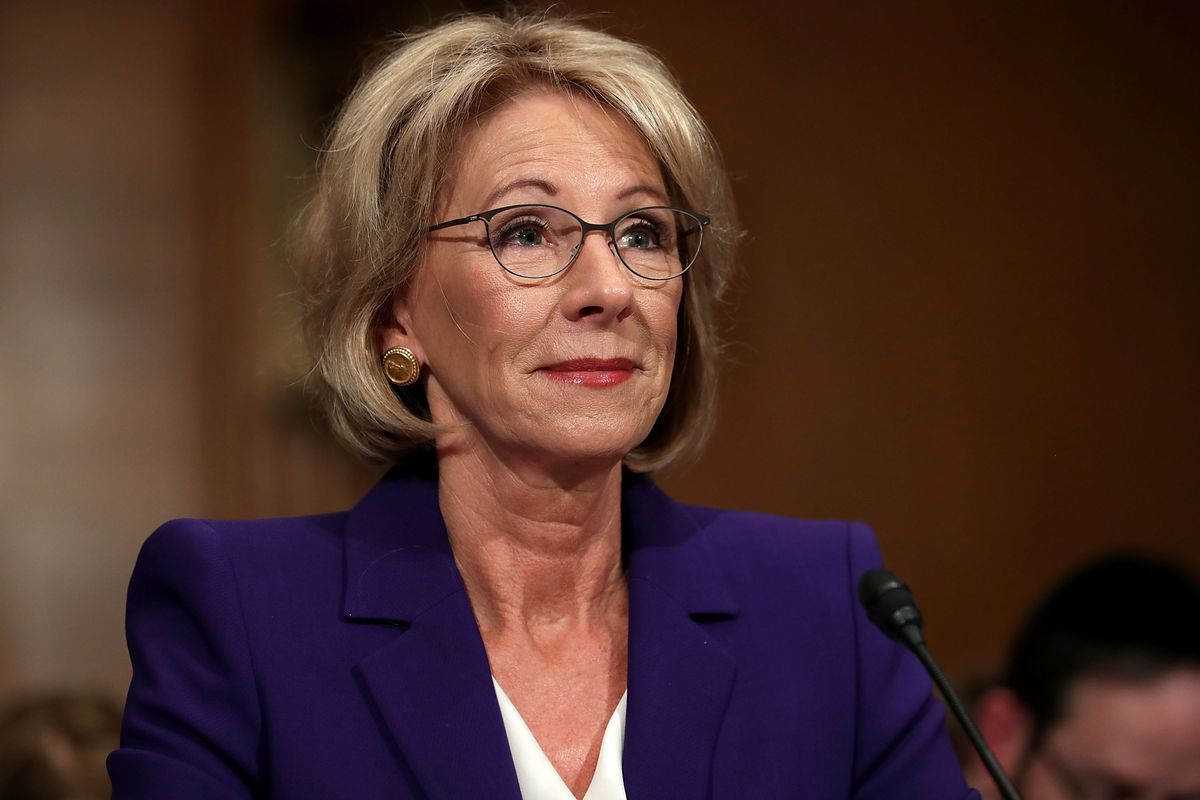 Colleges and universities would have an easier time rolling out new models for online programs, while a wider variety of higher-education providers would have access to federal student aid dollars under regulations advanced Wednesday by the U.S. Education Department.

More than a year in the making, the proposed rules governing distance learning arrive as thousands of colleges pivot to teaching online to stem the spread of the coronavirus on campus. The migration has exposed inequities in the ability of colleges to serve their students remotely that Education Secretary Betsy DeVos says underscore the need for reform.

“This current crisis has made crystal clear the need for more innovation,” DeVos said Wednesday in a statement. “Fortunately, we started work last year to develop a new set of standards that are responsive to current realities, that embrace new technology … and that expand access for students to the flexible, relevant education opportunities they need.”

The secretary had backed a far-reaching overhaul of the regulations governing online learning, but the proposal was tempered by a panel of higher-education experts that spent months negotiating the new rule last year. The group reached a consensus last April, ensuring the department would have to include most of the language agreed upon during negotiations.

Leah Matthews, executive director of the Distance Education Accrediting Commission, who served on the negotiating committee, said she is pleased with the rules released Wednesday, as they “really captured the conversations over the sessions.”

She said the rules provide much-needed clarity on what counts as substantive interaction between students and faculty in an online setting, which can determine a program’s access to federal student aid dollars. Instructors must provide at least two forms of interaction, such as leading group discussions or offering feedback on assignments, to comply with the new regulation.

The committee agreed to give creditors more leeway to approve programs that don’t fit traditional models and loosen standards on instruction and the interaction between students and faculty. This could bolster online and competency-based education, a burgeoning field that lets students learn at their own pace and move along as they master the material.

The panel pushed back on some of the Trump administration’s more controversial proposals, including the elimination of a 50 percent cap on the outsourcing of academic programs to providers that are not accredited.

Still, higher-education groups worry the Trump administration will forge ahead with its own agenda and question the decision to give the public only 30 days to comment on the rule in the middle of a pandemic.

“A 30-day comment period in the middle of a national emergency raises significant concerns about whether the field will have adequate time to react, and whether the department hopes any subsequent changes it makes will go largely unnoticed in the chaos,” said Clare McCann, a senior policy analyst at the think tank New America.

McCann, a former policy adviser at the Education Department under President Barack Obama, worries the federal agency will backtrack from the consensus agreement and relax the rules governing interaction with instructors and the outsourcing of programs.

Matthews believes the department will uphold the committee’s agreement and suspects the federal agency is trying to wrap up the rule quickly because colleges need clarity as they expand online instruction.

Advocacy groups remain concerned that Wednesday’s rule, alongside other reforms the Education Department has made to spur innovation, does little to protect students from predatory actors.

“Innovation in higher education cannot come at the expense of students and taxpayers,” said Jessica Ranucci, a lawyer for the New York Legal Assistance Group, who served on the negotiating committee. “Any regulatory reform needs to come with corresponding oversight that will ensure that all students have access to quality education.”