During the first four months of fiscal year 2022 (October 1, 2021, to January 31, 2022), more than 6,000 asylum seekers from Ukraine and Russia were apprehended at U.S. border crossings and deported. Then, in late February, Russia invaded Ukraine and, virtually overnight, U.S. Customs and Border Protection (CBP) and Immigration and Customs Enforcement (ICE) shifted gears to accommodate the influx of Ukrainians who began showing up at the U.S.-Mexico border. In fact, whether arriving on foot and in cars, most were allowed in and given “humanitarian parole.”

But not all displaced people have entered through Mexico. Many have flown into the U.S. as “tourists” from Europe, landing in places where they have family or friends and hoping to file an asylum application once they regroup.

Sue Fox is the executive director of the Shorefront YM-YWHA in Brighton Beach, Brooklyn, an area populated by thousands of immigrants from countries that once comprised the USSR. Many families from Ukraine, Russia and Belarus are arriving in Brooklyn with their children, she told سچائی - and so far, there are scant resources to meet their needs.

“The biggest issue is housing, putting a roof over their heads, but apartments are very expensive,” Fox said. “These are folks who had a middle or upper-middle-class life in Ukraine and they don’t know what to do now that they’re here. Many have families, but their families don’t always have resources to give them.”

In response, Fox says that she and her staff have been scrambling to help newcomers access available health care, register kids in school, and connect them with food pantries, mental health resources and legal assistance.

It’s been difficult, Fox admits, because so much remains unknown.

“It’s difficult not to be able to provide answers,” Fox said. “But there are no answers yet. We don’t know what the procedures will be for people who want to apply for Temporary Protected Status (TPS)” or other immigration safeguards.

This, despite the March announcement by the Biden administration that the U.S. will accept 100,000 refugees fleeing Ukraine, donate $1 billion to help European nations accommodate the influx of people displaced by the war, and add Ukraine to the roster of 13 countries whose residents are eligible for TPS. This status is given to individuals forced to emigrate because of ongoing armed conflicts, large-scale environmental disasters, or “extraordinary and temporary conditions” in their home countries. According to Homeland Security Secretary Alejandro Mayorkas, 75,100 Ukrainians who were in the U.S. on or before March 1, 2022, will be able to apply for TPS. This will permit them to stay in the country and work for up to 18 months. The actual process for applying, however, needs to be outlined in the Federal Register and as of mid-April, this has not yet been done.

“It’s a confusing mess,” Jodi Ziesemer, director of the NY Legal Assistance Group, a provider of free legal services to low-income people, told سچائی. “There’s been a disconnect between the rhetoric and the reality. On one hand, the U.S. is telling Ukrainians that the country is extending TPS to them so they expect benefits. But these benefits are not actually available to them.”

This is not the only glitch that troubles Ziesemer. Policies for those coming into the country from the southern border — as well as for those entering the U.S. from Canada — are inconsistent, she says, so different protocols are being applied depending on which government authorities, CBP or ICE agents a person sees. “There is great confusion,” she adds.

The unofficial policy, she explains, is for Ukrainians to be given humanitarian parole at the border, which enables them to enter the country and work. But parole is not a direct path to a green card or citizenship, and those given this authorization will need to file an asylum application within one year of arriving. This creates barriers, particularly for refugees who don’t know English. While there is no fee to file a claim, the 12-page form — which must be filled out in English — is cumbersome and usually requires the assistance of a trained advocate to complete. Necessary paperwork to substantiate claims may also be required — and be difficult to access for those who fled with little more than the clothes on their backs.

“It’s frustrating,” Ziesemer said. “People are returning to Europe because it’s easier for them to be in the EU, where they can live and work for up to three years. We’re trying to advise people as best we can, but there’s a lot of misinformation about what the U.S. is doing and offering.”

Ginger Cline is a staff attorney at the Border Rights Project of Al Otro Lado, and has been working in Tijuana, Mexico, since 2020. People from the Ukrainian and Russian communities in nearby San Diego, California, have helped set up porta-potties, tents and food stations for recent arrivals coming into Tijuana, she told سچائی. “CBP is coordinating with the Mexican police to bring a certain number of Ukrainians to the port of entry every hour,” she said, adding that priority is given to families with young children and those with serious medical needs.

This is in sharp contrast to the way asylum seekers from other countries are treated, she says. For one, until mid-April, Title 42, a policy enacted by the Trump administration in March 2020, barred all but a handful of asylum seekers from entering the U.S., purportedly as a way to control the spread of COVID. “Title 42 gave CBP discretion, but was used to deny entry to almost everyone wanting to apply for asylum,” Cline said. “This changed when Ukrainians began to arrive and the government announced that Title 42 was being waived for them.”

Cline describes the special treatment afforded Ukrainians as having a devastating impact on people from other nations. “Of course, Ukrainians should be welcomed into the U.S. and given the opportunity to apply for asylum,” she said. “It’s horrifying to see this war of aggression, but there are non-white people from other countries — including Haiti, Nicaragua, Guatemala, Honduras and Somalia — who have been waiting at the border to apply for asylum for more than two years. They need protection, too.”

Cline notes other disparities as well. Among them, CBP is allowing entire Ukrainian families to enter the U.S. together, something that is often denied to people from other countries. She describes assisting a man from Haiti who was extremely ill with HIV and had been traveling with his niece and nephew. “When we got him to the port of entry, he was approved for admission but his family members were not,” Cline said. “I’ve seen this brutality repeatedly. We’ve seen kids ripped from a grandmother’s arms, allowed to enter with their mom while grandma and an aunt are denied. It’s heartbreaking. Every member of the household suffered the same trauma that brought them to the border. It’s simply cruel to let some people in and not others.”

Jessica Bolter, policy analyst at the Migration Policy Institute, attributes the U.S.’s favoring of Ukrainians to a lingering Cold War residue. “U.S. decisions about who wins asylum cases have been deeply political for decades,” she said. “There are still echoes of Cold War thinking in the asylum system, so people fleeing countries that were once communist still have an increased chance of being admitted. Even before the Russian invasion, the asylum grant rate for Ukrainians was 66 percent. It was 77 percent for Russians. This is much higher than it is for people of other nationalities.”

Not surprisingly, advocates have recommendations for changing this and improving the treatment of refugees from Ukraine and other countries.

Naomi Steinberg, vice president of U.S. policy and advocacy at HIAS (formerly the Hebrew Immigrant Aid Society), argues that family reunification should form the cornerstone of the U.S. response to the refugee crisis. While many Ukrainians will opt to stay in Europe until the crisis ends, she says, “there is a subset for whom staying in Europe is not the best option. People who have family in the U.S. should be allowed to enter through an expanded refugee resettlement program, rather than given humanitarian parole.” This is preferable, she says, because those entering through refugee resettlement, “are automatically eligible for a green card in a year. They are also eligible for resettlement services. Humanitarian parole requires them to apply for asylum, a process that is complicated.”

Similarly, Steinberg recognizes that while TPS gives people “some breathing room,” like humanitarian parole, it has to be renewed. To be successful, she continues, people usually need legal counsel, which can be expensive.

Other roadblocks and bureaucratic snafus — a result of the Trump administration’s anti-immigrant policies — are also becoming increasingly apparent. Advocates say that by the time Donald Trump left office, the country’s resettlement programs were in shambles and the Biden administration has still not done what’s needed to get things back up and running.

This lack of infrastructure, Agnew-Barajas points out, has exacerbated the current crisis. Nonetheless, she is pleased that at least some Ukrainians (and a smaller number of Russians and Belarusians) are being paroled in. Still, she stresses that even before Ukrainians began streaming into the U.S., the country faced a significant processing backlog.

“The 76,000 Afghan refugees admitted to the country in 2021 have still not been fully resettled,” Agnew-Barajas told Truthout. “There is a lot of nervousness in the advocacy community because 5,000 additional Afghans will be arriving before September. This is on top of the regular flood of immigrants coming from other countries. The process for Afghan arrivals has been very, very difficult. We need to plan for Ukrainian arrivals. We need resources and emergency supplies.”

Stacy Caplow, professor of law and associate dean of experiential education at Brooklyn Law School, agrees. The fact that people all over the world are languishing in refugee camps waiting to be resettled, she says, underscores the urgency of the situation.

At the same time, she notes that those admitted into the U.S. on humanitarian parole have a marked advantage. “If you are already in the U.S., you can apply for asylum and go through the adjudication system. You go to court and see a judge who determines if you meet eligibility for admission under the law. It usually takes a long time, but if there is the will, the time can be shortened,” Caplow said. This was done for Afghan evacuees. Others, in refugee camps in places like Kenya, “have been waiting for 10 years to begin the process.” 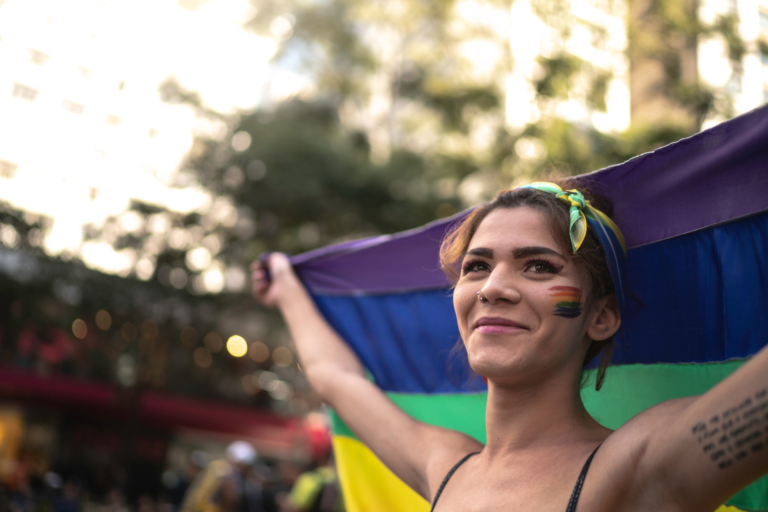